MORE THAN 2000 YEARS OF TRADITION

In the beautiful surroundings of Rimske Terme, indulge in the pleasures of the healing water from the depths of the Amalia and the Roman spring. Treat yourself to the best that tradition and modernity have to offer.

Where history and modernity meet.

Leave everyday life behind and relax in the soothing nature that restores your health and well-being.

The healing effects of thermal water were already known to the ancient Romans, who in 39 BC in this very place built pools with hot and cold water. Centuries have passed, and the popularity of miracle water springs has only been growing. Members of different royal families came here in the belief that they discovered a miraculous healing spring. For a long time, the spa was accessible only to members of the upper classes and senior military officers. Today, however, they are accessible to anyone, who wants to try its healing effects.

Analyses show that acrothermal water in Rimske Terme is one of the richest in Slovenia in terms of content of chemical elements that have a beneficial effect on the human body. The well-being of people is also stimulated by the surroundings of the thermal baths, the crystal clear air and the fairytale landscape of unspoiled forests.

Use our offer! Get rid of fatigue and stress, fill your life with positive energy, balance your body and mind and live in harmony. 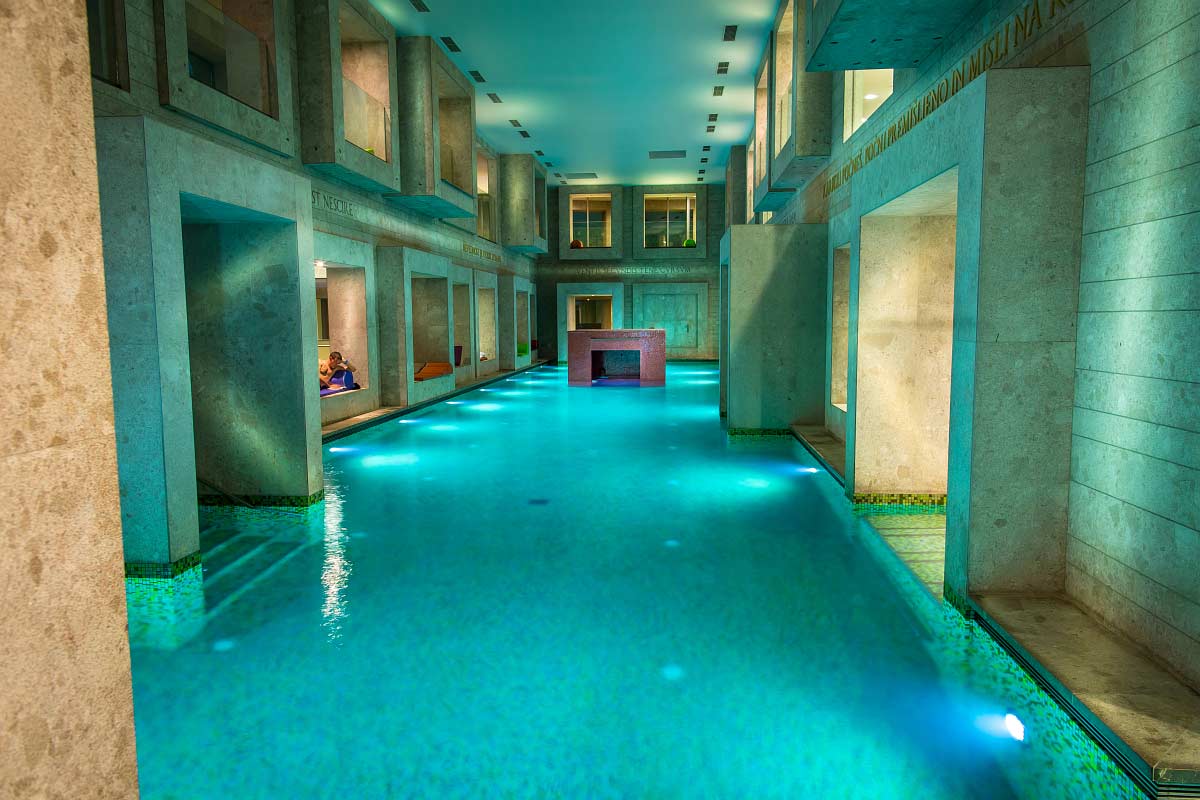 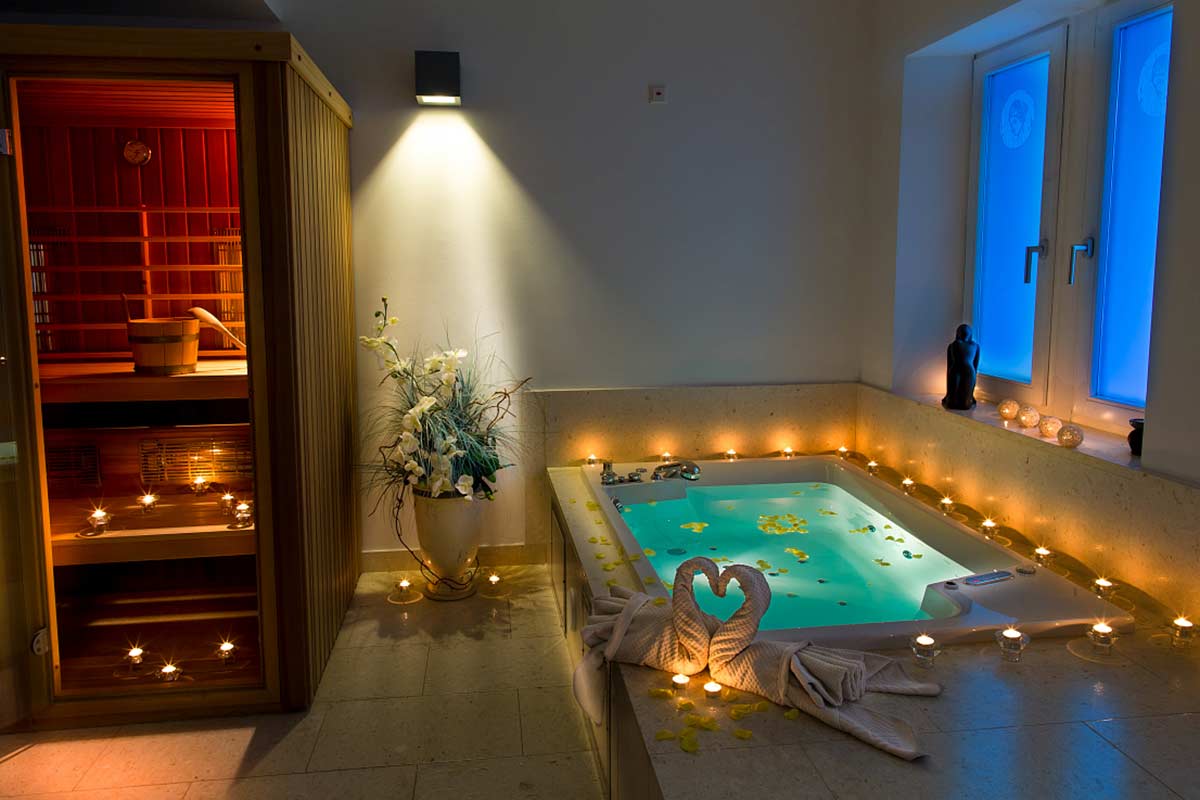 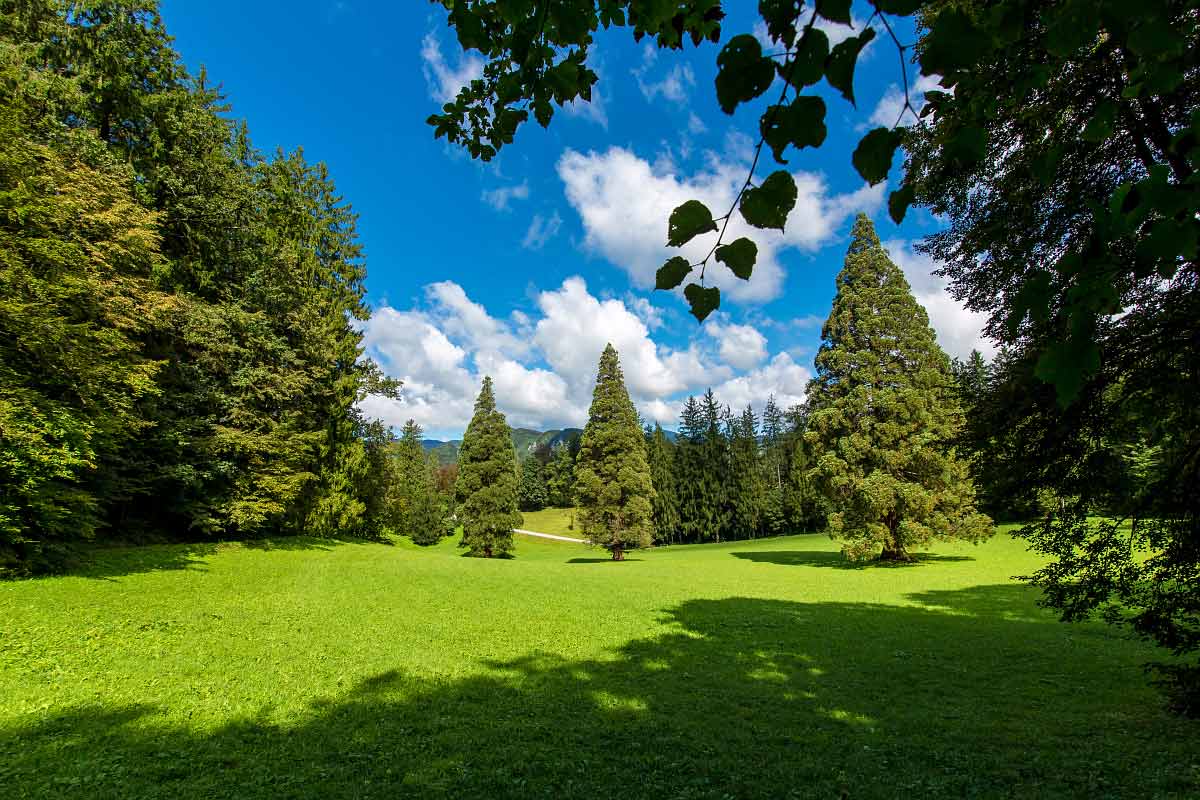 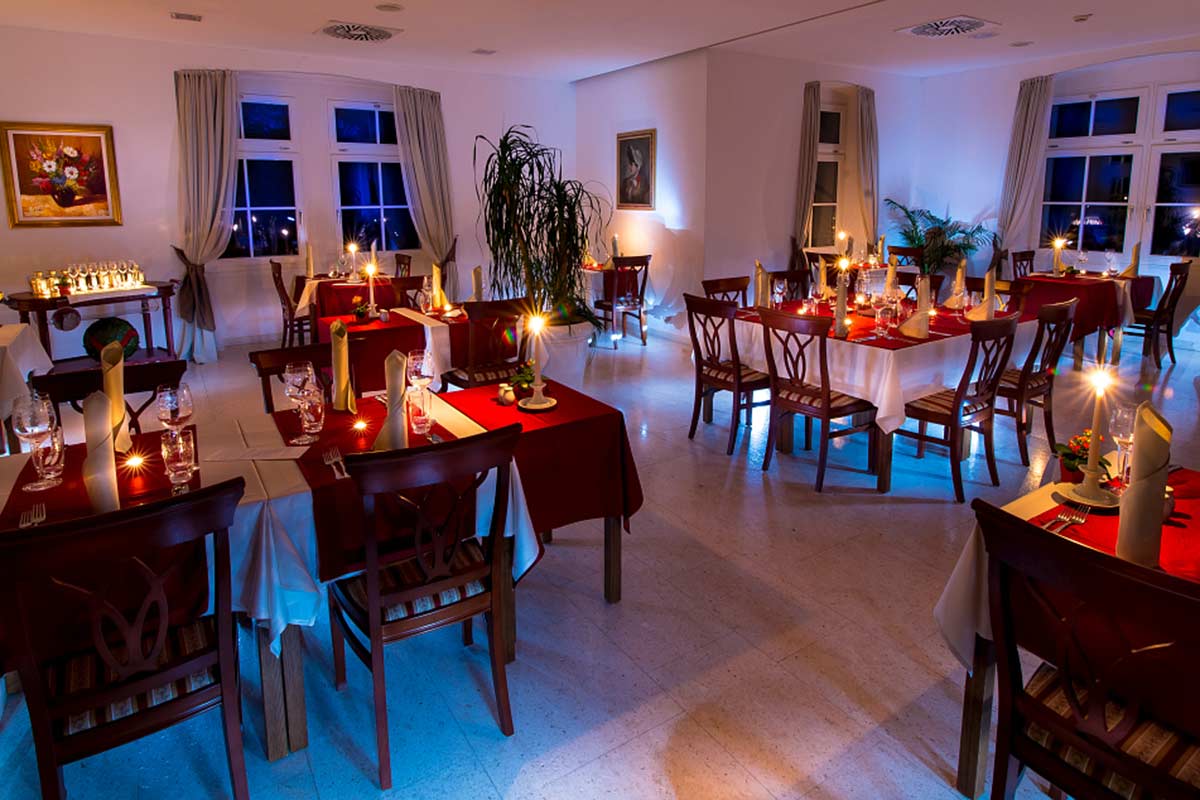 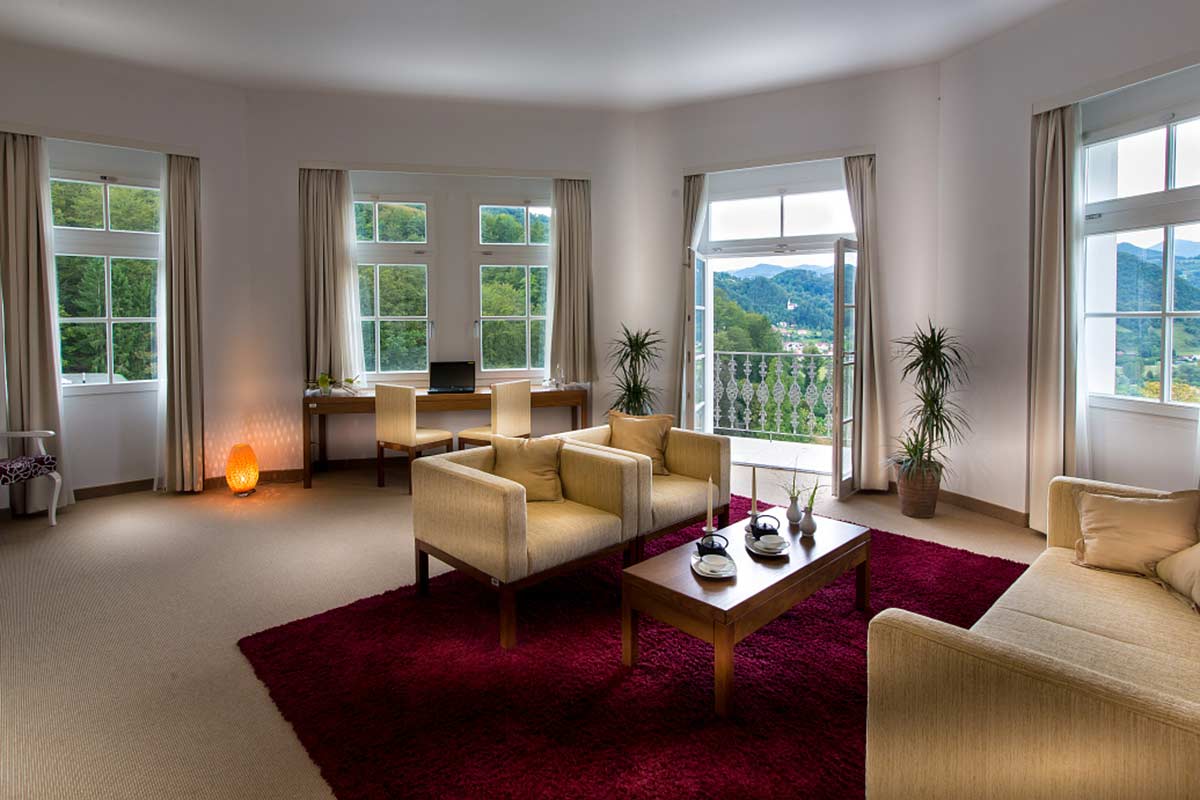 ONCE ONLY FOR THE SELECTED ONES, TODAY FOR EVERYONE.

Marble altars and votive monuments dedicated to nymphs and the Roman goddess of health Valetudo were found at the site of the complex.

Rimske Terme were first mentioned in writing of the Aquileian Charter in 1486, but really came to life after 1840. That year, Gustav Adolf Uhlich, a wholesaler from Trieste, bought them on behalf of his wife Amalija, as he recovered due to the beneficial effects of the local thermal water.

After 1848 Rimske Terme were visited by many distinguished guests, such as Princess Victoria of England and Prussia, Napoleon’s sister, Princess Murat, Austrian writer Franz Grillparzer, Serbian writer Vuk Karađić, Emperor Ferdinand, Archduke John and many others.

During World War II, Rimske Terme were occupied by the German army and they converted them into a hospital for their soldiers. From the end of World War II until 1991, Rimske Terme were managed by the Yugoslav People’s Army. At that time, only closed circles of officers enjoyed the healing effects of the thermal water and the beautiful environment.

Now Rimske Terme are open for you too. They allow you to enjoy a calming nature, to focus on your health and well-being, and to relax. Thermal water, which has a healing effect on the human body, helps you with this. 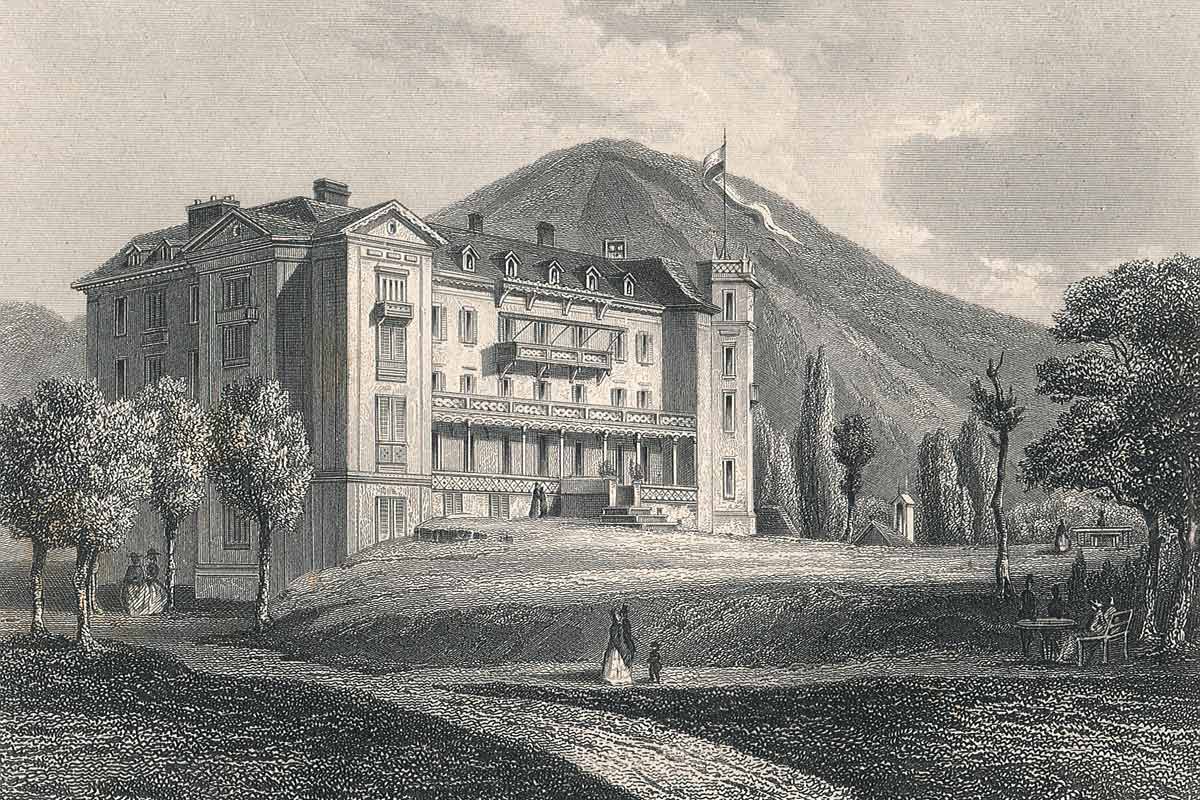 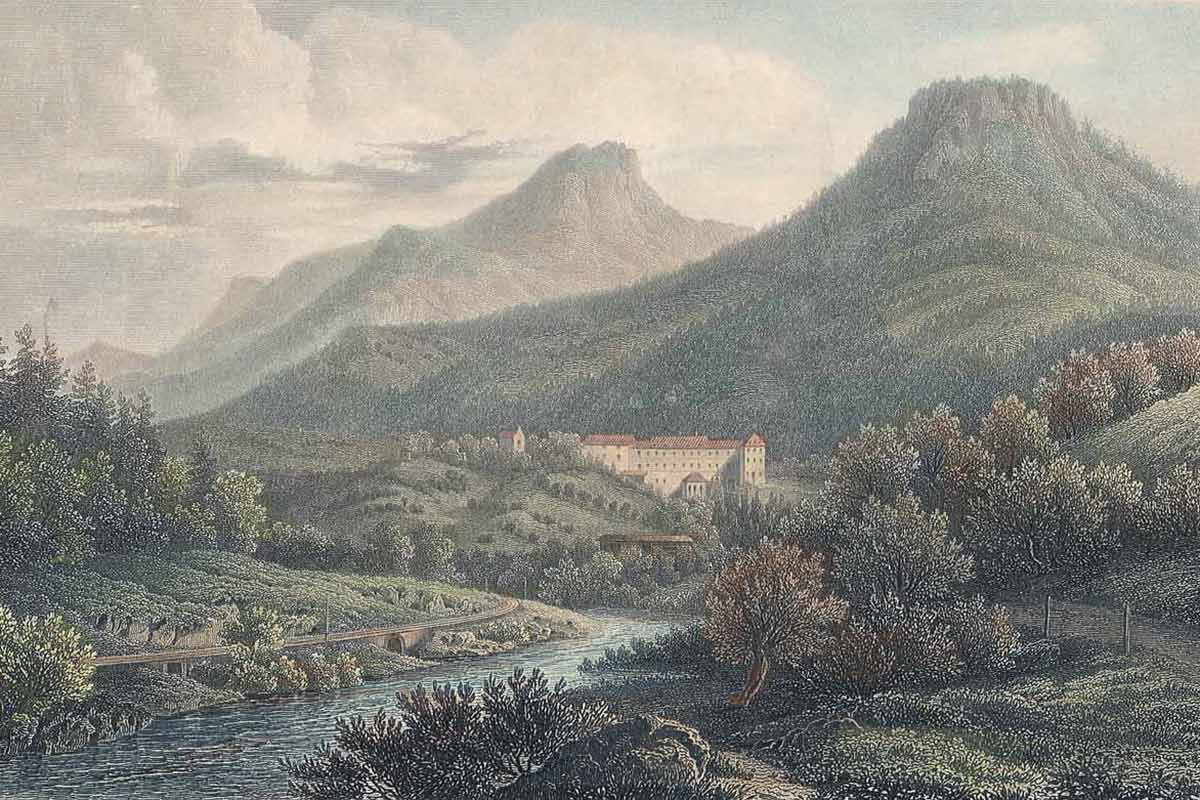 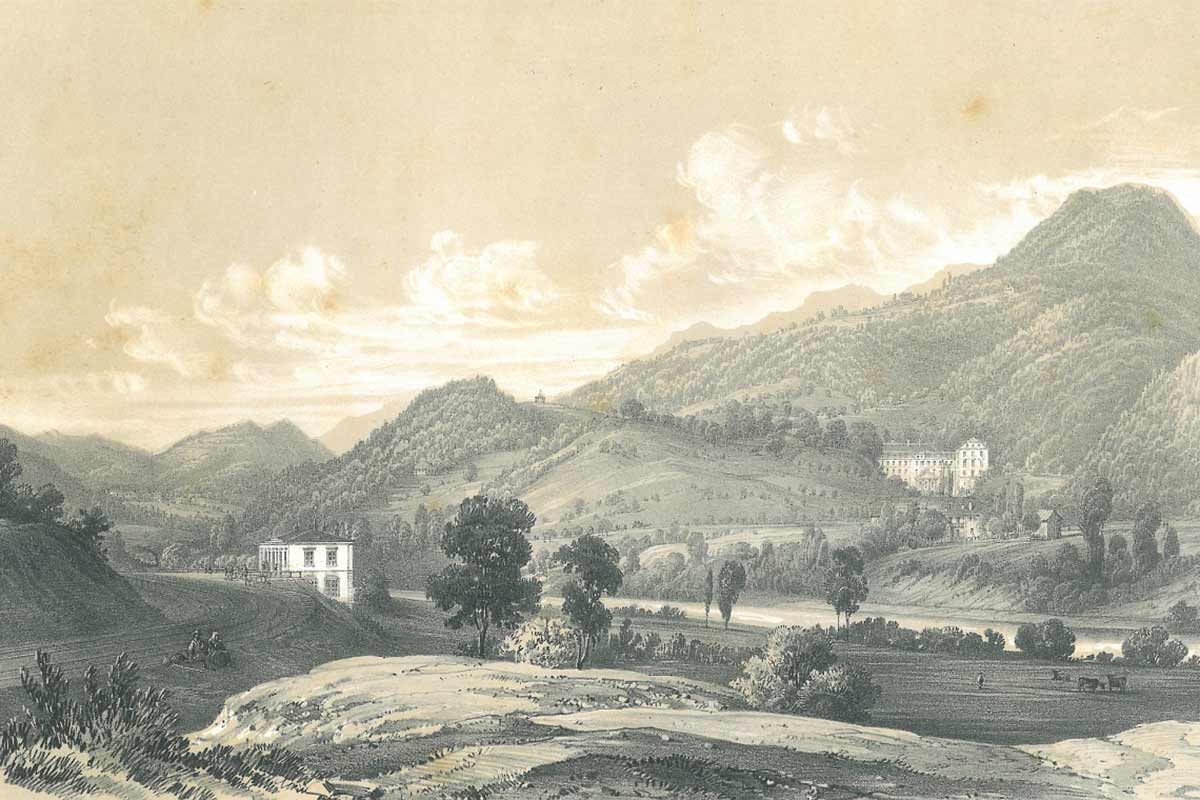 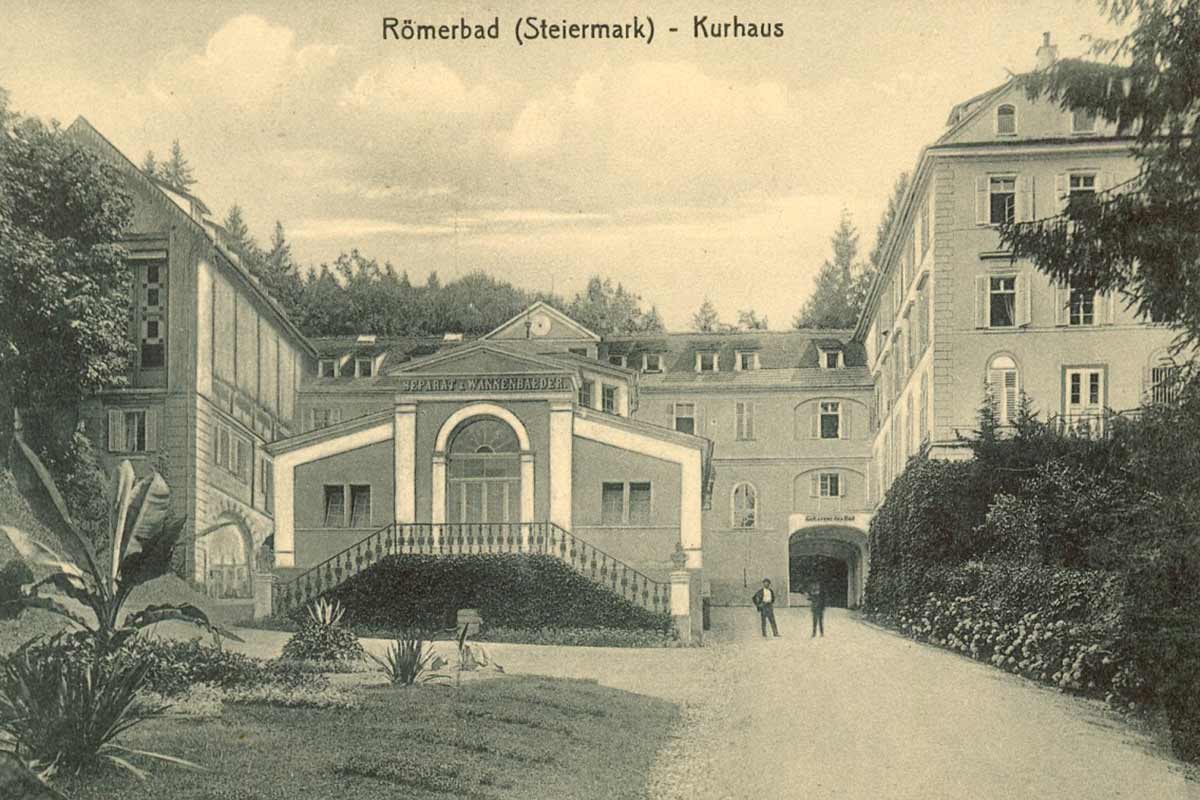 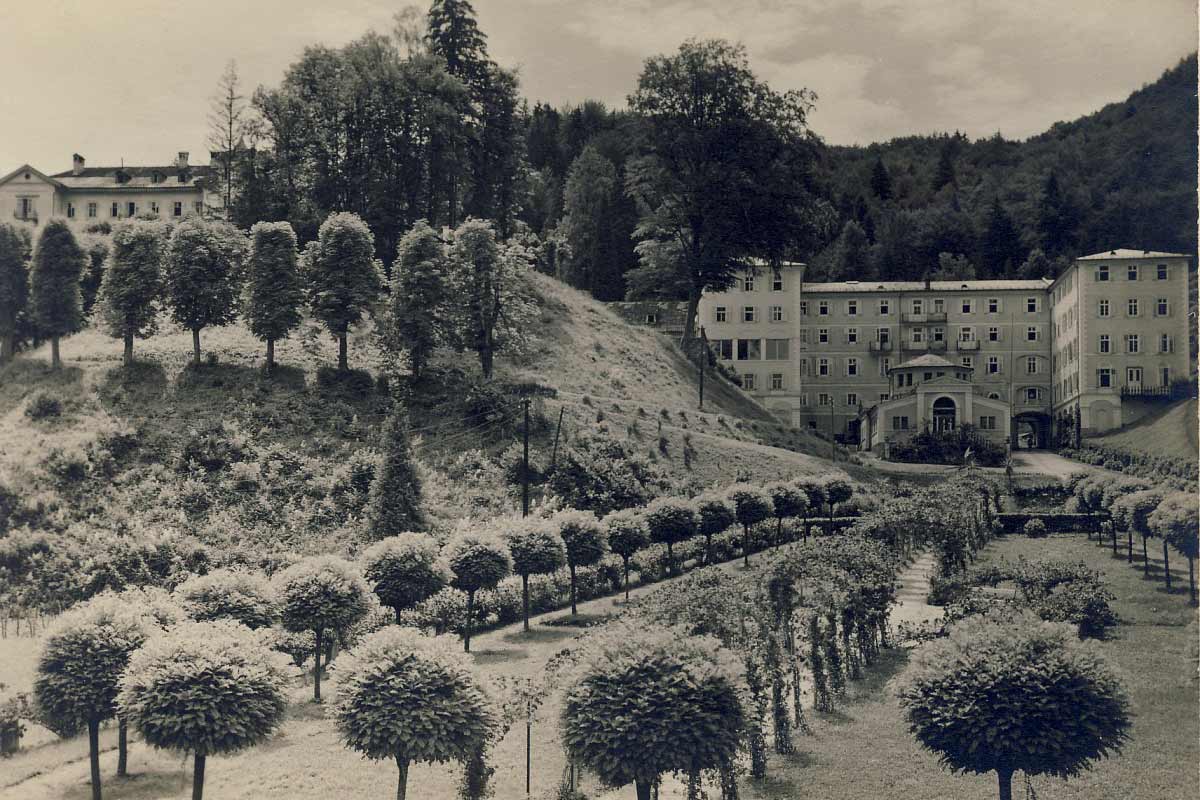 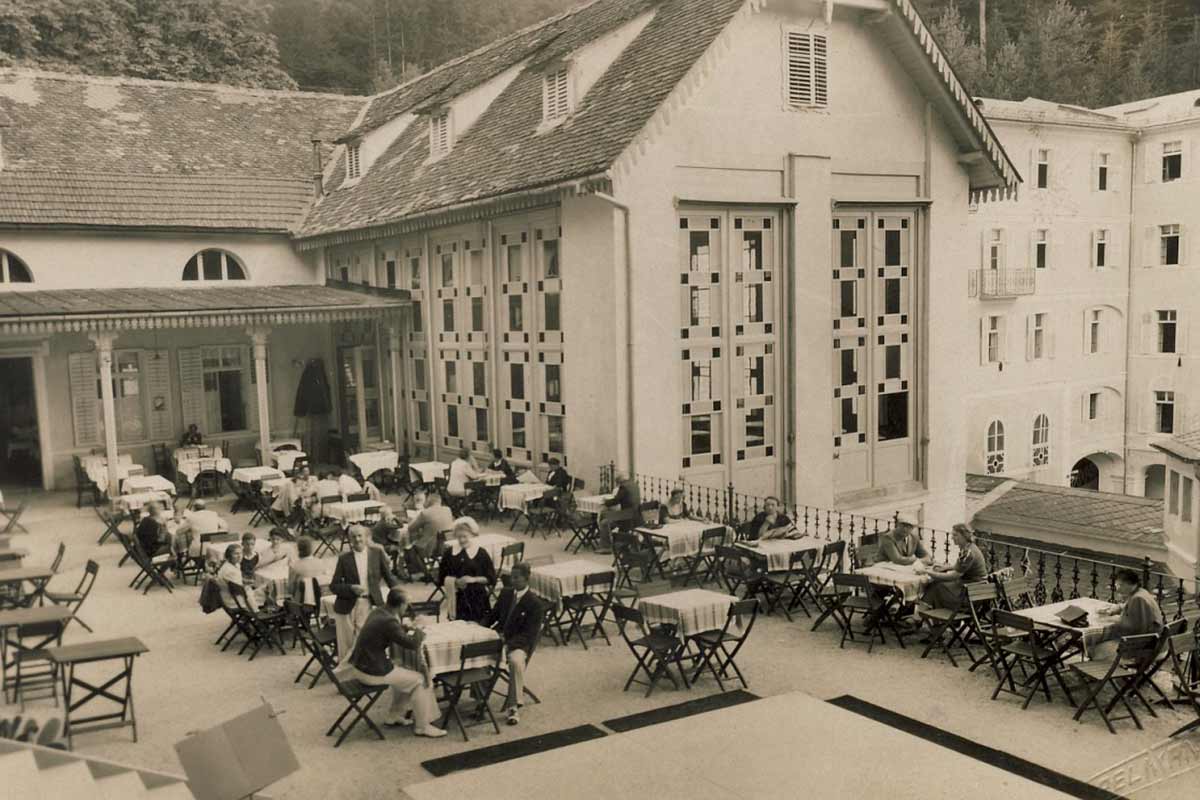 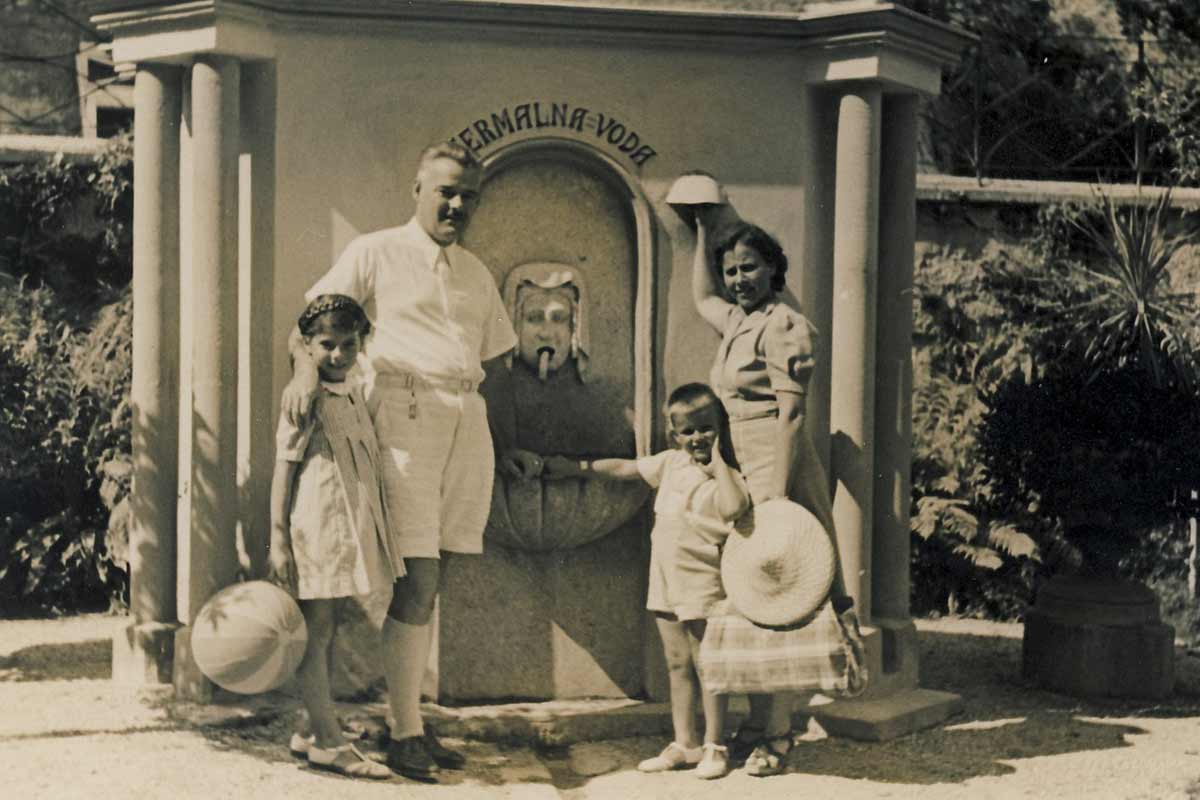 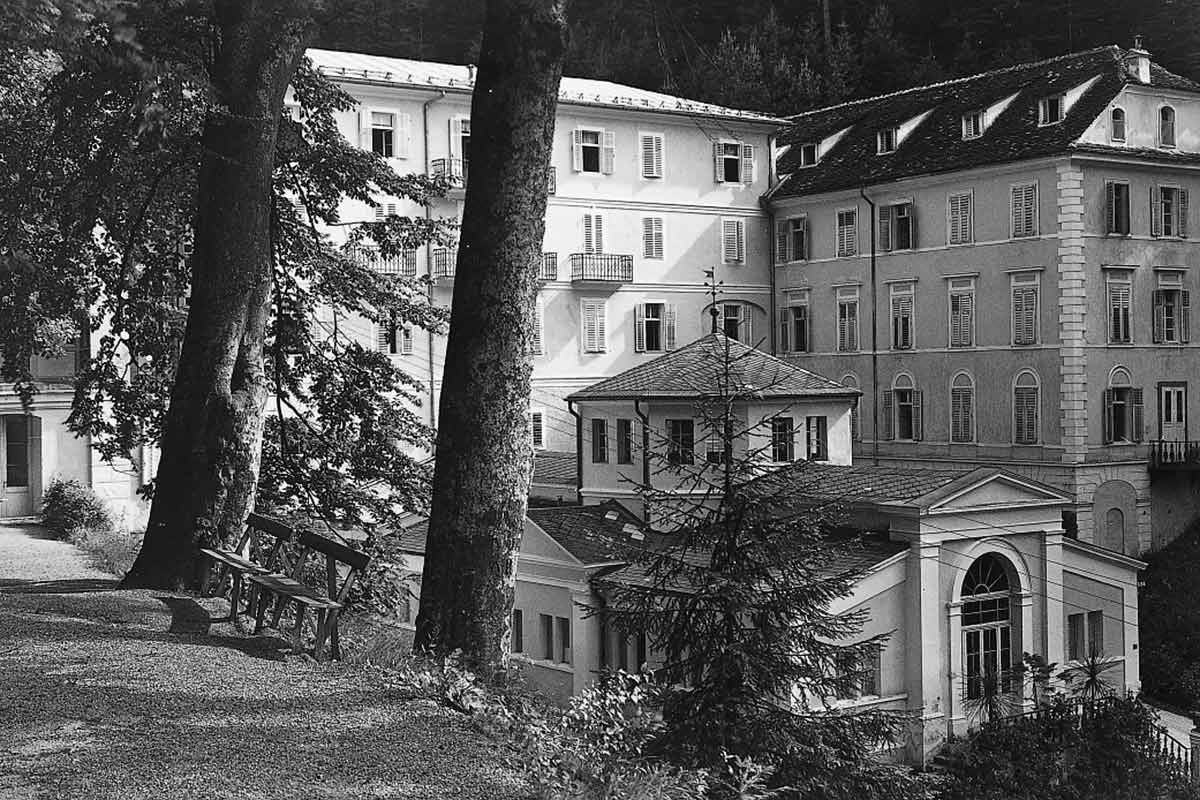 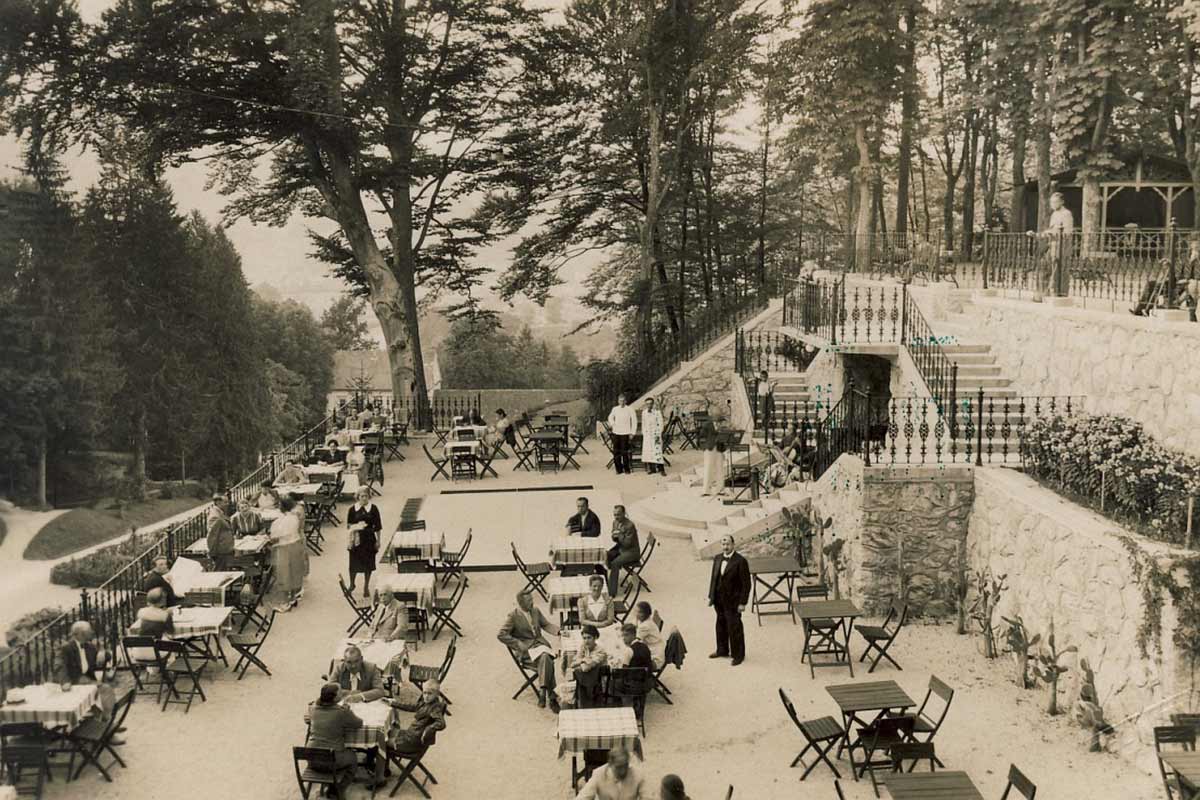 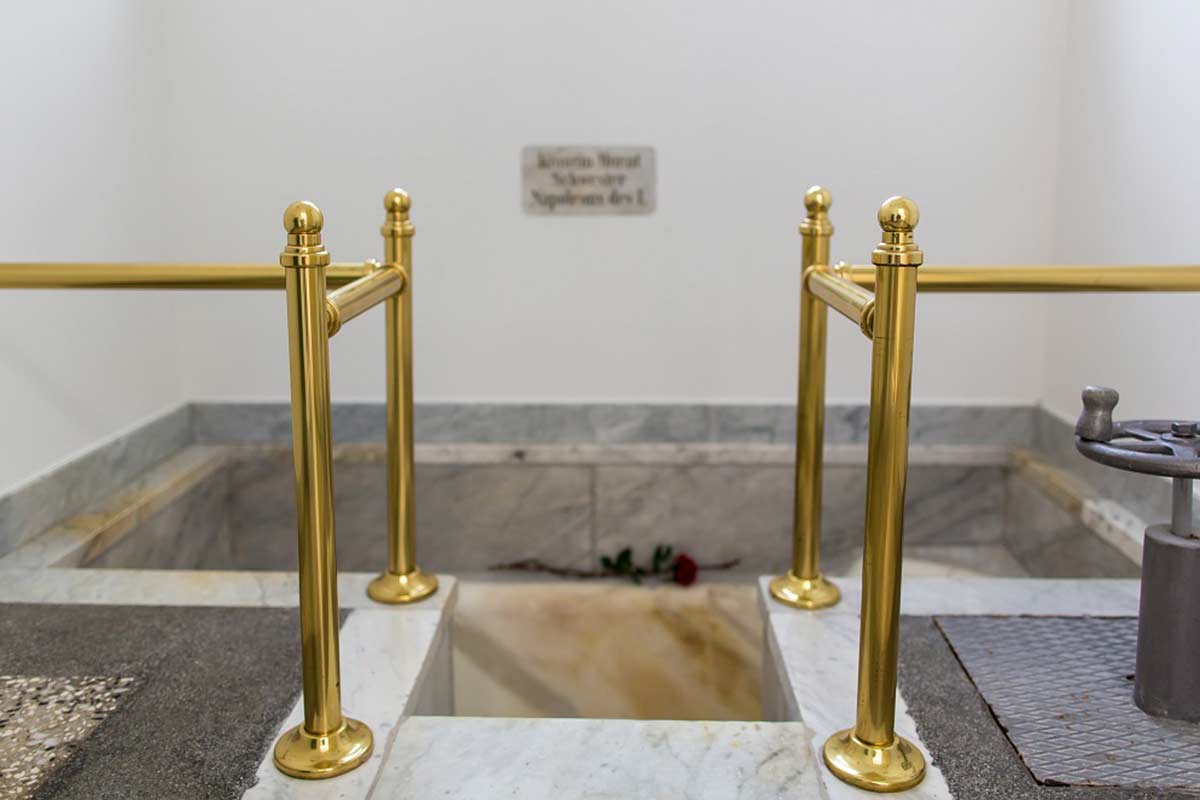 Find out more or adjust your settings.

This website uses cookies so that we can provide you with the best user experience possible. Cookie information is stored in your browser and performs functions such as recognising you when you return to our website and helping our team to understand which sections of the website you find most interesting and useful.

Strictly Necessary Cookie should be enabled at all times so that we can save your preferences for cookie settings.

If you disable this cookie, we will not be able to save your preferences. This means that every time you visit this website you will need to enable or disable cookies again.

This website uses Google Analytics to collect anonymous information such as the number of visitors to the site, and the most popular pages.